Over the first six months of 2017, the national vacancy rate for suburban office properties declined by 70 bps to 15.1% and marked the first significant downward trend in vacancy since the beginning of 2011.

Despite being a welcome trend for real estate investors across Canada, overall vacancy levels are still well above what was seen prior to the global financial crisis. As shown in Figure 1, vacancy rates for suburban office have generally been on a upward trend since 2011 as denoted by data from CBRE research, and are currently at a 13-year high. 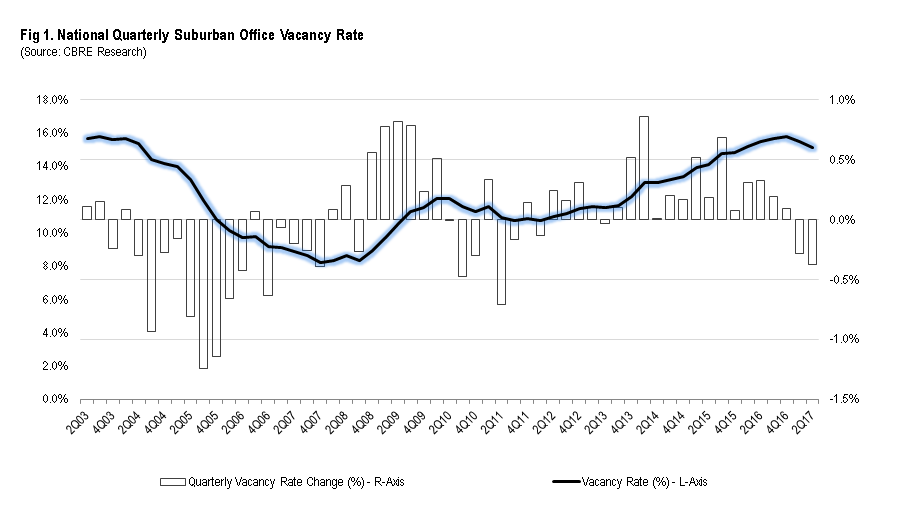 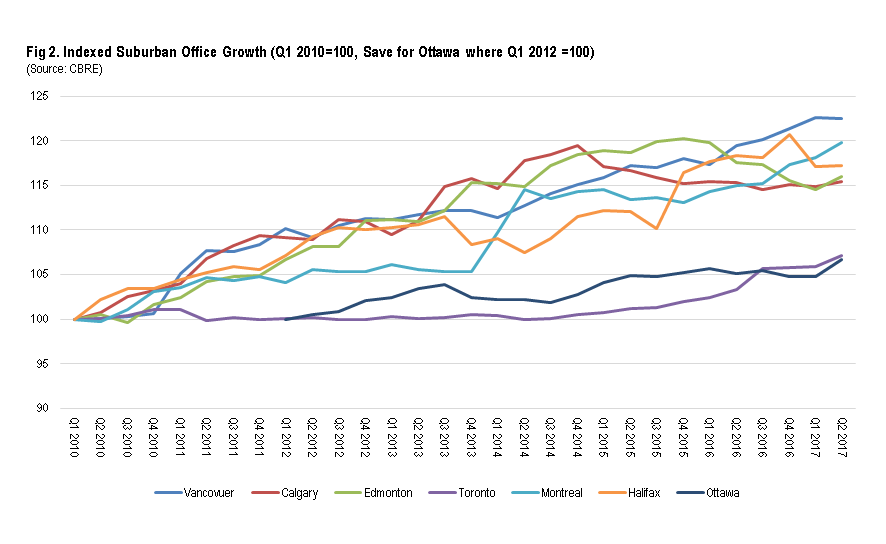 Moreover, if we look at the regional share of office occupancy between downtown and suburbs of major cities (Figure 3), we can see that the suburbs are actually outpacing their downtowns in terms of growth. While land constraints obviously limit the pace of development in the downtown core, the data still serves to highlight the depth and importance of suburban office in Canada. 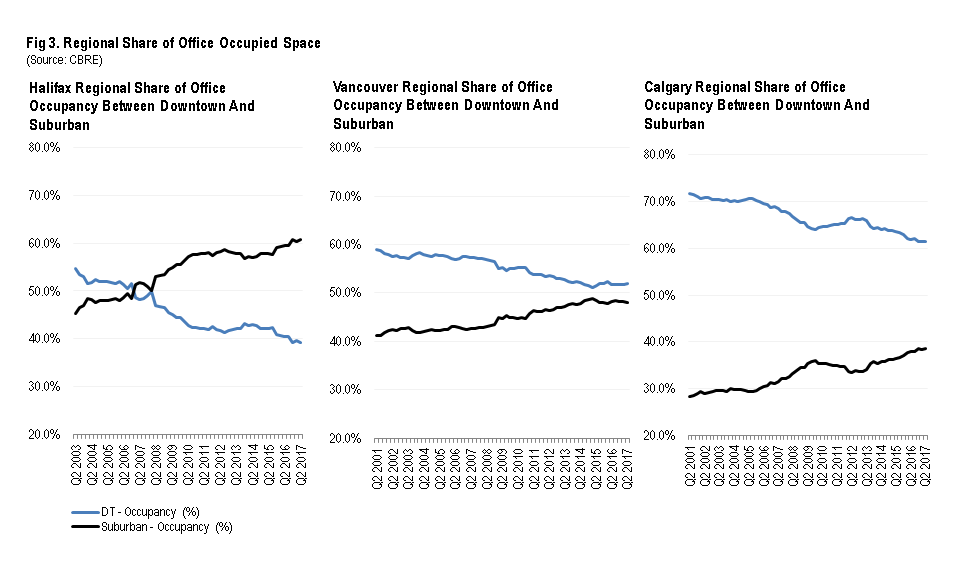 So what drove vacancy rates to new highs over the last several years?

There were a number of factors, most of which relate to a massive new supply cycle that saw over 18 million SF of suburban office space get built between 2012 and 2016 (Figure 4). Favourable yields and the availability of large tracts of cost effective land saw developers build along newly serviced suburban nodes, notably in Toronto and Calgary. Municipalities, in their desire to concentrate new growth around major transit hubs, also often mandated developers to build office space as part of mixed-use residential projects. This is especially the case in Metro Vancouver, where most rapid transit stations now have some form of office space recently or in the process of being built. 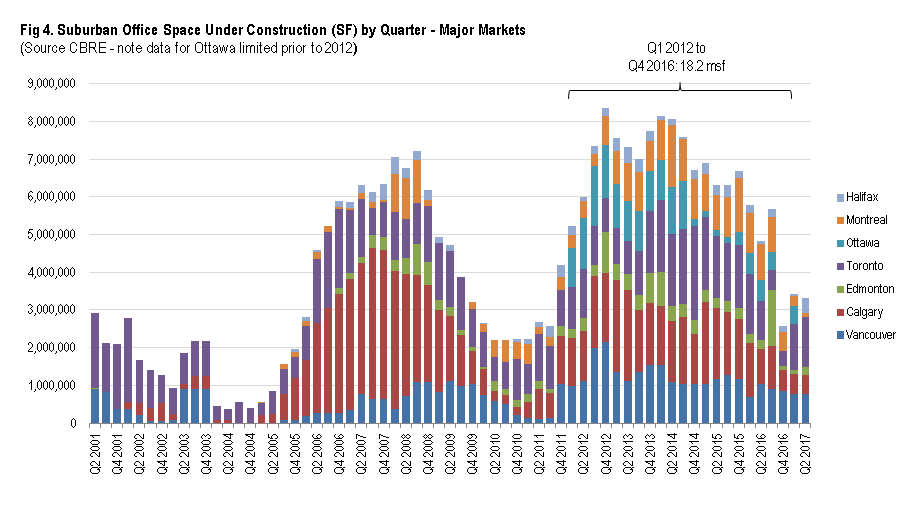 As for trends looking forward, we continue to expect suburban office vacancy rates to improve or stabilize, especially as new supply moderates. Suburban office space under construction is a fraction of what it once was, with only 3 million SF currently under construction among major markets listed in Figure 4. Rising vacancy rates, lower rental growth and tightening yields have limited the attractiveness of suburban office development recently, hopefully helping suburban office markets start to rebalance. Recent September 2017 data from Statistics Canada’s Labour Force survey also shows that total employment is up 2.6% year over year among major markets in Canada[1], another positive trend for office demand generally.