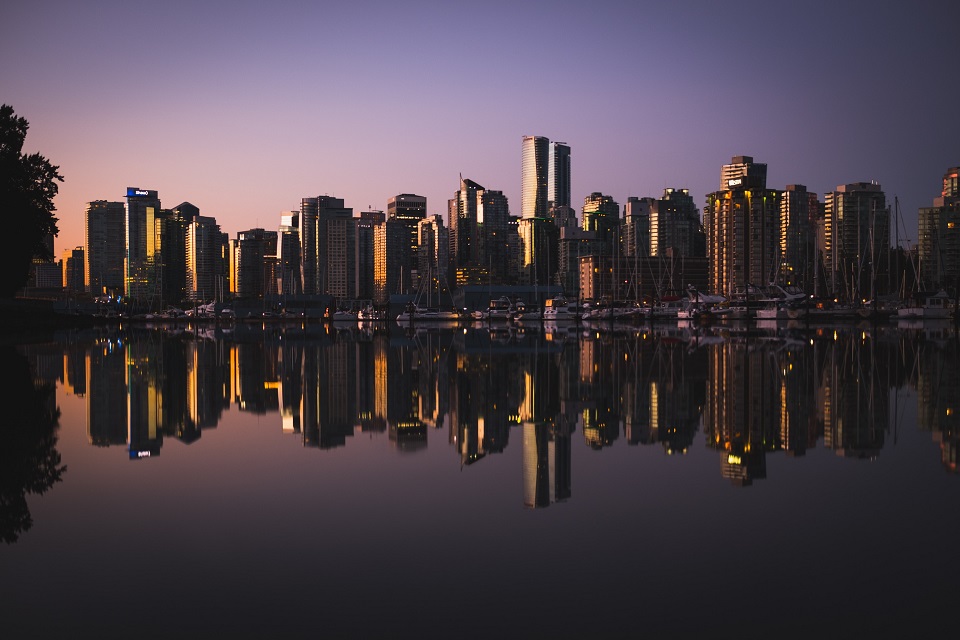 Pent-up Demand for Purpose-built Rental in Vancouver and Toronto

Pent-up demand for purpose-built rental housing in the metro areas of Vancouver and Toronto is massive. The current levels of new supply opening and under construction in both cities will not come close to matching the need. 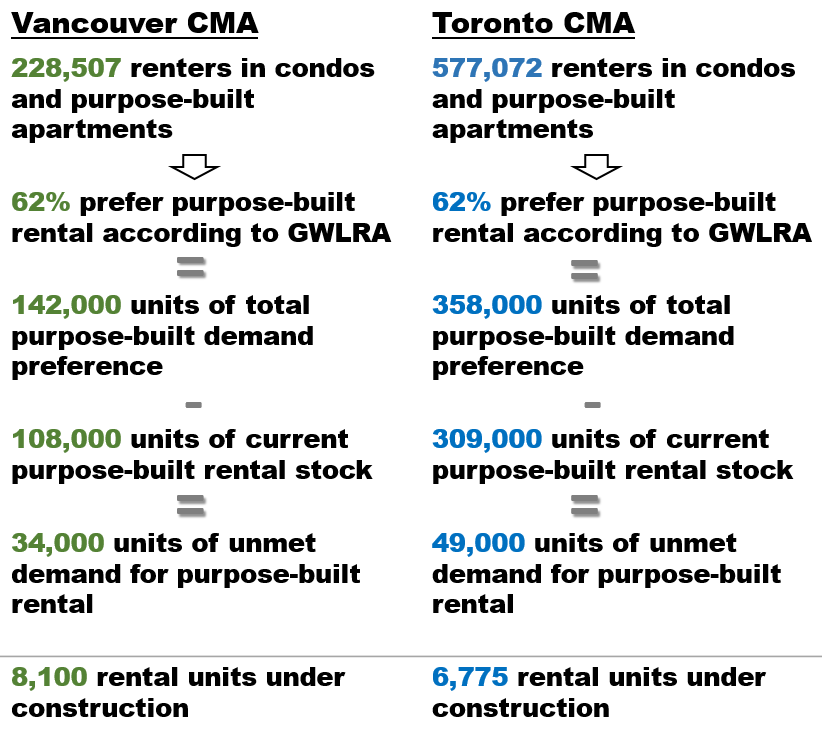 This is before accounting for annual population growth, individuals living with their parents longer simply because they cannot find rental product, and empty nesters ready to downsize into rental. If these groups are accounted for these numbers could triple.

Focusing on unmet demand in these markets specifically, the Metro Vancouver region added an average of 14,000 households per year between 2011 and 2016 taken from the Census. According to CMHC analyst Eric Bond at the Vancouver Real Estate Forum, 59% of new households now rent in the region, up from 32% a decade ago. This means an annual average increase in rental households of approximately 8100. Meanwhile, the Vancouver area currently has only 8100 units under construction for delivery over several years. That will not match the annual increase in demand. Moreover, between 2011 and 2016, the region only added an average of 650 units per year. Renters are therefore forced into the less secure tenure of leasing from individual condominium owners as well as seeking suites in detached homes.

Although the number of new households renting in Toronto’s metro area has not been calculated, given equivalent housing dynamics as in Vancouver, we can likely assume a similar ratio of new households renting, 59%. Therefore, based on household growth from 2011-2016, Toronto needed to add approximately 17,000 new rental homes annually. Meanwhile, during 2011-2016, the region added an average of 450 new purpose-built units per year, forcing everyone else into the other forms of rental housing.

Although 8100 units are under construction in metro Vancouver, and 6775 in metro Toronto (despite it being three times the size of Vancouver), these numbers do not even match annual growth in demand, let alone catching the pent-up demand created over the past five years. For these and other reasons, GWLRA believes in the purpose-built rental asset class, and will bring more than 3,000 rental units to the market over the next few years.

In late 2016, GWLRA commissioned a survey of 1250 apartment and condominium renters with the Mustell Group